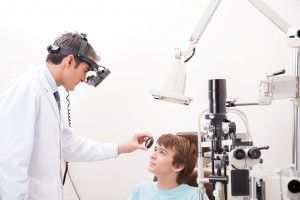 Often the cause of blepharitis is not clear, although it is known that people with oily skin or rosacea are more susceptible. In general, the underlying issue is related to the oil glands at the base of the eyelashes or on the inner surface of the eyelid. These glands produce too much, too little, or the wrong balance of oils, which irritates the skin surrounding the gland and can also irritate the surface of the eye. An overgrowth of bacteria on the eyelids may also play a role.

WHAT ARE THE SIGNS AND SYMPTOMS OF BLEPHARITIS?

WHAT IS THE TREATMENT OF BLEPAHRITIS?

The mainstay of treatment involves tear drops to cleanse, protect, and lubricate the surface and eyelid hygiene. A warm facecloth should be applied to the eyelid for 5 minutes twice daily then baby shampoo should be used to scrub the margin of the eyelid to help loosen the oil within the glands in the eyelid. Additionally, an omega-3 supplement has been shown to help blepharitis. This should be performed daily for at least 4-6 weeks before a difference is noticed. If this does not alleviate symptoms, an antibiotic ointment at night or an antibiotic pill (Doxycycline) may be added to the regimen. The ointment treats the possible overgrowth of bacteria on the eyelids and lubricates the surface of the eye. The pill works on the oil glands to decrease the inflammation. Blepharitis is generally a long-term condition that may require ongoing treatment and lid hygiene.